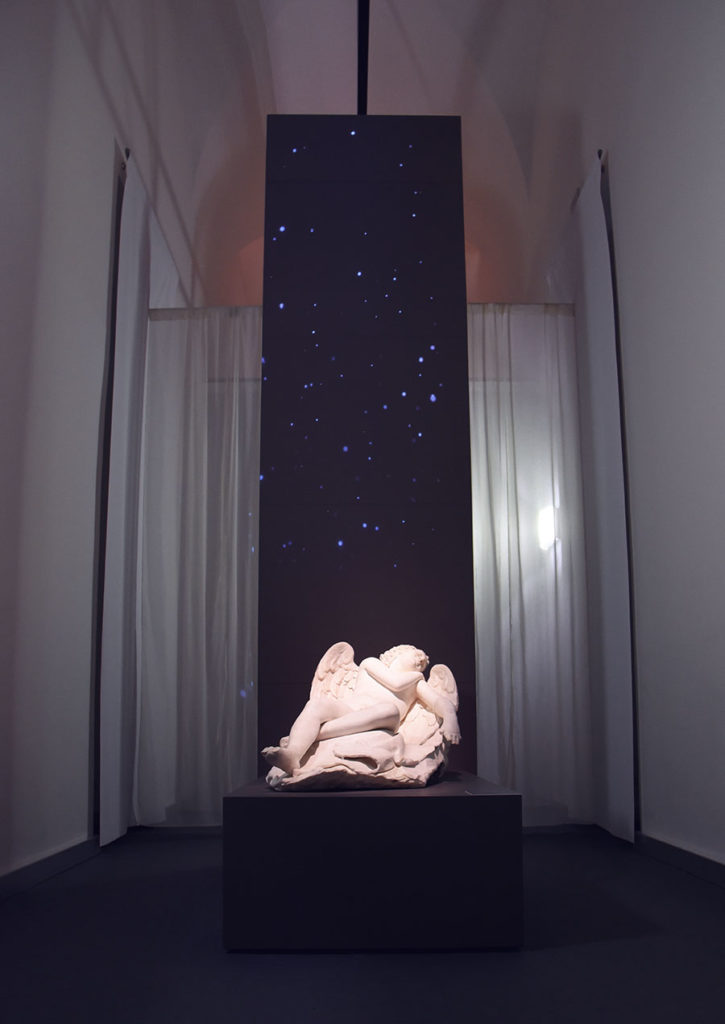 For the Musei Reali of Turin, auroraMeccanica created a multimedia museum display in the exhibit The marvels of the world. The Collections of Charles Emmanuel I of Savoy.

The project consists of 9 multimedia installations, designed and created to bring the marvels of Charles Emmanuele I’s Wunderkammer (cabinet of curiosities) to life, and offer interactive spaces for exploring the content of the exhibit.

Charles Emmanuel I: Who was he? In the first room of the exhibit, the figure of the duke is introduced through the voices of the characters of the time diplomats, artists, and scholars who knew him first hand. The movements of the visitors in the room activate the vocal reproductions.

What was Turin like in 1500? What were the choices that determined its current urban structure? The goal of the client was to highlight the key role of Charles Emanuel I in the urban development of Turin. Thanks to the use of the maps of the State Archives and the Royal Library, the projection tells the phases of the development of the city.

In the design of the Grand Gallery, a prominent display was the one signed by Federico Zuccari.

The installation aims to recreate the magic of the celestial vault according to the concept of Zuccari, with a projection on the ceiling of the hall before the entrance into the long tunnel of the Great Gallery

The grandeur of Charles Emmanuel I’s wunderkammer is represented on display, relying on the strength of the grand images: the installation projects on the walls the enlargements of some of the Duke’s more than 14,000 volumes of wonders.

The Piedmontese collecting in the years of Charles Emmanuel had great vitality, and the Duke commissioned many paintings from the Venetians. The choice to tell the behind the scenes story of the negotiations through the historical material of the State Archives, offers an unusual point of view on art collecting in the era.

● A Taste for antiques

The exhibit ends with the section A Taste for Antiques. A statue of Eros sleeping says goodbye to the public, while the projection on his back slowly and silently protects his dreams.

The last installation was designed for the bookshop with a special target, children. The goal of the client was to explain to children the importance and value of the collection of the 1500s.

auroraMeccanica created the interactive game “My Grand Gallery” in which children are asked to choose some cards with images of the pieces they previously saw in the exhibit and to position them on a sensitive point to activate a digital animation of the Grand Gallery.